It’s always interesting to me how people come into your life.  There was a time where I literally told my mom if I was in the hospital that maybe one person would visit me…because I had very few friends.  And years later I honestly can’t believe how many incredible people I have in my life.  Gen being one of them.  I met Gen three years ago at the What If Conference in Portland…but it wasn’t until a few months ago when her and her husband came to Chicago for their anniversary and asked me to photograph them that I really got to see the magic inside this girl.  She is one of the most pure and genuine people I have ever met.  Within seconds of being around her you feel like you want to just sit and talk to her for hours.  Days even.  She has this ease about her and you honestly feel like you could tell her anything.  Spending time with her and her husband…ten years strong…was proof that true love is very much alive and well.  Gen is kind, incredibly talented, beautiful and as you are about to see…one hell of a writer.  But on top of all that…she is one truly remarkable woman.

It was a Wednesday afternoon when I walked into Starbucks that day nearly six years ago.  I stood at the bar, waiting for my drink, when the barista politely asked me what I was up to that day.  As it turns out, I was en route to the airport at that moment…about to catch a flight to Italy with my husband.  After a brief minute of chatting, the barista handed me my coffee and wished me a nice trip.  “But then again”, she said “why wouldn’t you…your life is golden!”

Because here’s the thing…

This lovely girl saw me for all of five minutes a day.  Usually all dressed up on the way to my full-time job at one of the country’s most prestigious art galleries.  Or with my camera in hand to photograph two people in love.  Or, yes, on my way to Italy for ten days to celebrate my anniversary.  This is what she saw.  Therefore, this is what she knew.

And truth be told, there is darkness in this kind of knowledge.  Especially now, when so many of our connections happen only five minutes at a time…fully filtered and perfectly hashtagged.  In our defense though, it’s not entirely our fault.  That battle we’re fighting…those rough days were having…they don’t tend to translate quite as well when you have twenty people in line behind you for coffee or a hundred and forty characters to spell out your day.

Honestly, what was I going to tell my barista?

“Yes, we’re flying to Europe.  I just miscarried our baby…we had a terrifying health scare…I’m suffering from post-traumatic stress disorder…and we’re feeling pretty far from God right now.  So, yeah, going to Italy seemed as good a place as any to just run away from our life and justifiably eat gelato twelve times a day.”

No.  I wasn’t going to tell her this.  Because shocking total strangers into oblivion is a bit harsh and cruel.  Especially when she’s the girl in charge of making your coffee every day.

But I did spend the entirety of that flight wondering; about our sense of authenticity…our collective vulnerability…our polished identity.  And it made me feel like a total fraud.  Because I’m not any of those things that this girl sees on the other side of her coffee bar.

If I showed up one morning, wearing my most ragged and scarred self…it would be a very different girl staring back at her [and she would likely feel inclined to serve me alcohol instead of coffee!]…

Because I was bullied a lot as a teenager.

I spend an absurd amount of time worrying about what other people think of me.

My biggest challenge in life is letting go of people.  Even if they hurt me.

I hide behind my humor for fear that people won’t accept me without it.

I feel like I have failed as a daughter.

I try to avoid big groups so that I won’t feel like the invisible one among it.

When I was in grade ten, a boy made a comment about my smile…and I’ve been self-conscious about it ever since.

I feel like I’m an easy person to walk away from in life…and it haunts me on a daily basis.

I almost always operate under the assumption that I care more about everyone else than they do about me.

I unfollow people on Instagram if their life seems too perfect because it makes me feel inadequate.

I feel like a terrible mother pretty much all the time.

I hate emptying the dishwasher.

Every day, I’m afraid that my husband is going to wake up and finally realize how much crazy he married.

I thank God for every day that he doesn’t!

I don’t like to try new foods…so I travel with my own jar of peanut butter.

I want to write a book so badly that it hurts.  But I’m afraid of people telling me that my life was never worth telling.

I once spent the night crying in bed and apologizing to my husband for being married to someone with such an unattractive body.  It wasn’t my best night…to say the least.

On that note; I’m not crazy about my body.

I highly doubt I would get a gold star for any of this. But, as I write this, I’m sitting in that very same Starbucks.  In fact, I’m also heading off to the airport again in a few hours to drop off my husband for his flight to Europe.  I’m staying home this time because now – six years later – we have two kids.  I’ve since left the job at that beautiful art gallery to risk life as a full-time photographer [read: to spend every single day worrying that no one will ever hire me ever again!  True story!].  I’ve traded in my nice work outfits for sun-kissed skin and a never-ending battle to balance it all.  I juggle married life, parenthood, friendships, creativity, self-employed and honestly, I have absolutely no idea what I’m doing.  Ever.

But I do know one thing now; that even with all of my frailty…all of my fears…and all my faults…none of those things make my life any less golden.

Scars tell stories.  Scars mean survival.  Scars means you showed up for the fight instead of running from it.

And we’ve all got them…even the sweet girl serving my coffee.  She’s fighting her own battle…defending her own front line…struggling in her own way.

And maybe it’s not about collecting gold stars for the perceived reality we give the world on Facebook…but it’s about the purple hearts we get for living bravely among the real one.

So, buy your coffee…wear your scars proudly…and carry on, dear soldier…

You’re not in this battle alone. 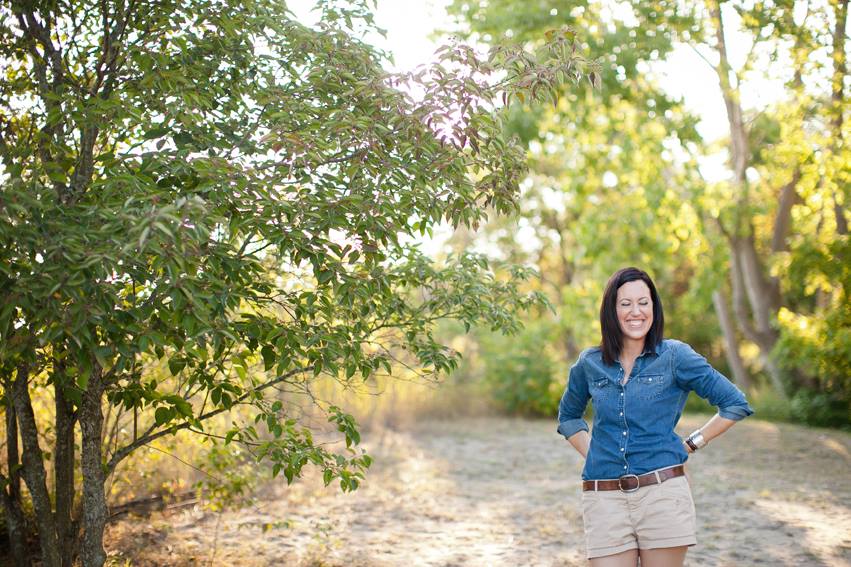